“It says several times in Isaiah, ‘I will lift up a banner to the nations’ — to the gentiles. They shall bring your sons and your daughters back,” Operation Exodus USA President Debra Minotti told CBN News.

Operation Exodus USA helps Jews return to Israel. Minotti said there’s been a 79 percent increase in inquiries about assistance with immigrating since 2014.

“Last year, there were 27,000 [who] made aliyah [immigrate to Israel under the Law of Return],” she continued. “And [Israeli Prime Minister] Benjamin [Netanyahu] said…this year he said to the Jews of the world, ‘Israel is waiting for you with open arms.'”

“So there are miracles happening right in front of our eyes — that He says, ‘I will bring them back from around the world — the north, the south, the east and west for His Name’s sake,” she said.

Operation Exodus USA partners with the Jewish Agency of Israel and other groups to help U.S. Jews immigrate to Israel.

Together with Ebenezer Emergency Fund International, OEUSA provides humanitarian aid to Holocaust survivors and others in the former Soviet Union.

A big part in helping those seeking to return is the power of prayer.

“We pray for their safety. We also pray that they would get jobs quickly and [for] those things that are holding them back here, the frustrations,” Minotti said. “You know, there’s family issues going on, children who are sick.”

Minotti said Jews are returning to Israel for many reasons.

Minotti added that some are saying “this is 1939 and we see the handwriting on the wall.”

“Anti-Semitism in New York is also up 27 to 28 percent so you look at the Bible, you look at the newspaper, and then we need to take action,” she said. “And there’s nothing more spoken in the Bible right now than His nation, strengthening it and returning the Jewish people to the land. He says, ‘I will do this. I will do it to vindicate My Name.'”

Motivated by love for Israel and the Jewish people, Operation Exodus USA offers Minotti and others the opportunity to work with God to bring His prophecies to pass.

“You wake up and you think, what an awesome responsibility and what an awesome joy it is at the same time,” Minotti said. “It is deep joy and there’s a cost to standing with Israel and it’s intense, but I love it and our workers love it, our volunteers love it. It’s only going to grow.” 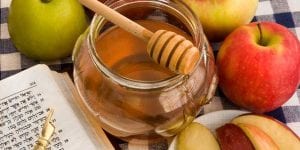 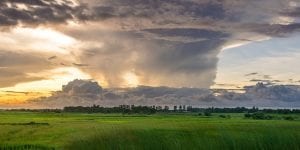