Declaration of Ebenezer Operation Exodus regarding the adoption of the draft resolution “Jerusalem” by the UN General Assembly on November 30, 2017.

We, the International Board of Ebenezer Operation Exodus, along with Ebenezer workers and volunteers in more than 55 nations worldwide, do not accept the draft resolution “Jerusalem” (document A/72/L.11) adopted by the UN General Assembly on 30 November 2017 (GA/11982).

The text of the resolution falsely declares that any actions by Israel, prejudicially termed the ‘occupying Power,’ to impose its laws, jurisdiction, and administration on the Holy City of Jerusalem are illegal and therefore null and void.

We strongly object and condemn this resolution regarding Jerusalem. Israel is not the occupying power but the legitimate owner of Jerusalem as its capital city.

This resolution is also in line with other resolutions adopted by UNESCO and UNGA which deny the historical Jewish connection with Jerusalem. In doing so, the United Nations, its agencies, and the vast majority of the nations continue their unfair and unrighteous treatment of Israel, a free and democratic nation based on the rule of law. It is inappropriate for the UN — founded on the idea that all nations should be treated equally — to single out one Member State for such unfair treatment.

Both International legally binding Laws and the Bible (the source of all godly legislative power divinely inspired, infallible and all-sufficient in all matters of belief and behavior) assign to Israel and the Jewish People the right to exist in their ancient Land. Thus, from an international perspective, Israel meets the basic standards for legitimacy as a state.

Israel may, as each sovereign nation, under international law and custom, designate its own capital. Since 1950 Jerusalem has been the de facto capital of the modern state of Israel with the official residences of the President and the Prime Minister, the seat of government, the Knesset and the Supreme Court located there.

In 1967, during the Six-Day War, Israel gained control over the entire city. In 1980, the Knesset declared, “Jerusalem, complete and united, is the capital of Israel.” Three weeks later, the UN Security Council resolved that this law was null and void and had to be rescinded. Thirteen nations moved their embassies from Jerusalem to Tel Aviv. In that same year, the International Christian Embassy in Jerusalem was established as a prophetic sign.

The only time the city of Jerusalem has been divided was when Jordan occupied eastern Jerusalem in Israel’s War of Independence in 1948 until the Six-Day War in 1967, for 19 years. During that time all Jews were killed or expelled from eastern Jerusalem including the Old City, no Jew was permitted to visit the Jewish holy sites, and all synagogues in the Jewish Quarter of the Old City were destroyed or desecrated. By contrast, in Jerusalem under Israeli control, religious sites have been accessible to Muslims, Christians, and Jews during the past fifty years.

Therefore, we acknowledge the right of the Jewish people to return to Israel and to live in Israel, including all of Jerusalem, in accordance with the Bible.

Jerusalem is unique because it is the only city in the world that the Lord has claimed for Himself (Psalm 132:13-18), the only real estate where the deed is the Bible itself. The name Jerusalem appeared first in the Bible (in which it is referred to by name 881 times – there is not a single mention of Jerusalem in Islam’s Koran). The Lord says, “I am zealous for Jerusalem and for Zion with great zeal.” (Zechariah 1:14).

GOD, Himself selected and DECLARED Jerusalem as the capital of the Jewish kingdom 3000 years ago. It was the place from where King David ruled for thirty-three years (1003 B.C.E. – 970 B.C.E.). “But I chose Jerusalem for My Name to be there, and I chose David to rule over My people Israel” (2 Chronicles 6:6). “Thus says the Lord, ‘I have returned to Zion, and I have made My dwelling in the midst of Jerusalem.’” (Zechariah 8:3).

While occupied over the centuries by numerous foreign empires, no other nation made Jerusalem its capital city besides the Jewish people, the only people who have longed for Jerusalem, yearned for her and sung for her.

THE JEWISH PEOPLE have never forgotten Jerusalem. It is the aspiration of every Jew in the world. “Arise, let us ascend to Zion, to the Lord our God” (Jeremiah 31:5).

1. First of all, and based on the overwhelming evidence of Scripture, that the Modern State of Israel is the fulfilment of Bible Prophecy, that is, the in-gathering of the exiles, which are positioned in their God-given Land according to the purposes of the LORD God of Israel in anticipation of the revelation of the coming of the Messiah. Therefore, God, Himself gives the Jewish people the right to live and prosper in Israel, including all of Jerusalem (Ezekiel chapters 36 and 37; Isaiah 11:11-12).

3. Jerusalem, complete and united, is the capital of Israel forever. God gives a severe warning in Joel 3:1-2 and 16-21 to any nation or people who would seek to divide Jerusalem or Israel or to scatter the Jewish people from their rightful place.

THEREFORE WE URGE all nations of the earth, and their governments, to support Israel’s indisputable right to exist in the land that God has given her, and her right to Jerusalem as her complete and united capital, forever.

The Lord God of Israel is faithful, and He will protect His people. However, we will not be silent regarding the false and unrighteous assertions of the draft resolution “Jerusalem” adopted by the UN General Assembly on 30 November 2017.

This declaration is to reaffirm our deep commitment to defending the Biblical view on Jerusalem as the capital city of the state of Israel.

We stand with Israel!


Members of the Board of Ebenezer Emergency Fund International 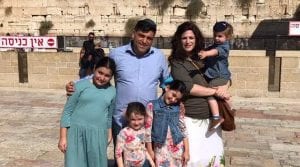 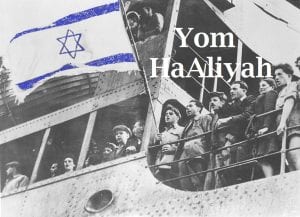