Aliyah Continues Despite Europe In Crisis┬Ā

by Pete Stucken, Chairman of Ebenezer Operation Exodus IntŌĆÖl Board

War in Europe. The unthinkable became a chilling reality on February 24th of this year. Not for 77 years has Europe seen conflict on this scale. As Ukrainian cities were subjected to both ground attack and aerial bombardment, a massive humanitarian crisis unfolded.

With very little warning, Ebenezer Operation Exodus International found itself in the midst of it all. Our beginnings in 1991 were as an Emergency Fund, dealing with a very different kind of crisis: a massive stream of Olim from Russia and Ukraine, formerly forced to stay behind the Iron Curtain, now free to make Aliyah. For three decades, we have followed our calling in serving Aliyah, helping the exiles home to Israel: on ships from Odessa then later on flights from major cities in Russia and Ukraine. Olim streamed to Israel in great numbers. One and a quarter million came from the ŌĆ£land of the northŌĆØ, the former Soviet Union (fSU). Despite huge challenges, Aliyah was a comparatively orderly process.

Well over half of the Jewish populations living in the ŌĆ£land of the northŌĆØ, the regions to the north of Israel, made Aliyah in the three decades following the collapse of the Soviet Union. Yet while they responded to the call, many others remained behind.

Resonating through these years was JeremiahŌĆÖs prophecy concerning a change of season: ŌĆśŌĆ£Behold, I am going to send for many fishermen,ŌĆØ declares the LORD, ŌĆ£and they will fish for them; and afterwards I will send for many hunters, and they will hunt them from every mountain and every hill and from the clefts of the rocksŌĆØŌĆÖ (Jeremiah 16:16, NASB).

The Lord is sovereign and moves in times and seasons; His purpose is unshakeable. Are we seeing the hunters being let loose in Ukraine?

The Prophet ZechariahŌĆÖs words, written two and a half thousand years ago, sounding a future call to the LordŌĆÖs covenant people, ring out with renewed emphasis today: ŌĆśŌĆ£Ho there! Flee from the land of the north,ŌĆØ declares the LORD, ŌĆ£for I have dispersed you as the four winds of the heavens,ŌĆØ declares the LORDŌĆÖ (Zechariah 2:6, NASB). 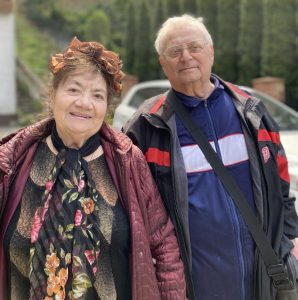 The time to flee is now. The time of the hunters brings urgency, danger and hardship. For us, it calls for a very different type of response, with readiness the key.

Ukraine has borders with Russia, Belarus, Poland, Slovakia, Hungary, Romania and Moldova. The largest influx of refugees has been into Poland, and this quickly became the primary focus of our emergency response. Prepared and equipped by contingency planning and prayer invested over years, we sprang into action.

Within hours of the crisis unfolding our first-responder volunteer team arrived at the Polish border to scout the land, pray and find a site for a temporary base in proximity to the border crossings. Straight away we saw the Lord provide a small hotel, ideally located and accommodating up to 50 people. As Polish churches and volunteers stood ready to help, Ebenezer teams with vans and supplies began to arrive. Our French teams and their vehicles were the first on the scene, soon joined by others from the Netherlands and Germany.┬Ā Support streamed in from the nations, material and financial. Additional vans could be borrowed or bought to help collect Jewish refugees from the border crossings. Day and night they were brought to our base as a transit stop for rest and recuperation. Faces filled with emotion and tears flowed at the sight of a bed and a hot meal. 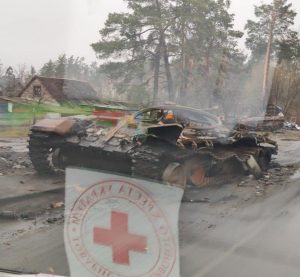 Mostly Jewish families came mixed in amongst the tide of people pressing towards the border exits, mainly women, children and the elderly, the men needing to remain to help defend Ukraine. Israeli medical teams at the border crossings referred needy refugees to us. From rabbis across Europe and as far afield as the USA came urgent pleas to locate and rescue relatives or individuals known to be in danger. At the same time generous expressions of gratitude arrived in the form of humanitarian supplies.

Our Ukraine team worked courageously and tirelessly around the clock, fielding a stream of anxious calls for assistance each day. Roads became dangerous, fuel scarce, border crossings clogged with those seeking to cross waiting long hours in the cold.

Special operations rescued Jewish community groups in active war zones, snatching them out under missile and artillery attack. The courage and ingenuity of the drivers was admirable. The Lord gave His protection. Generous gifts poured in for these vital missions.

In Moldova, our team has been active day and night in assisting Jewish refugees, particularly with transport. Dedicated Aliyah flights departed from Chisinau to Tel Aviv even with Moldovan airspace closed to normal air traffic. The Lord makes a way for His people!

ZechariahŌĆÖs exhortation to ŌĆ£flee from the land of the northŌĆØ is also resounding among remaining Jewish communities in Russia. Economic sanctions and the uncertainties of the future have brought a rise in the number of Jewish people seeking to make Aliyah. No matter where theyŌĆÖve been scattered, the faithful God of Israel is bringing His people home. Our teams in Russia will be fully stretched and working under difficult conditions in the coming months.

LetŌĆÖs continue to pray for Aliyah highways to be open for both Russian and Ukrainian Jews; for temporary sanctuaries provided for the Jewish refugees in the nations to be exactly that: only temporary sanctuaries. May they see the signposts to Zion and press on to the land of Israel!

He Who Has An Ear 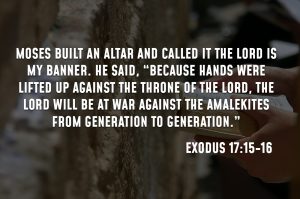 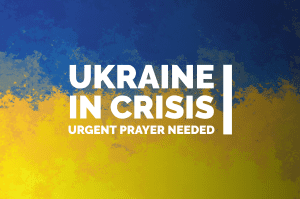 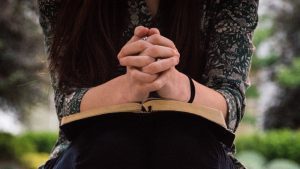 Aliyah and the Church