PROPHECY AND THE END TIMES

It seems that twenty-first-century man has forgotten what God remembers. God made an ancient promise to the Jewish people that He intends to keep:

“Therefore, behold, the days are coming,” says the Lord, “that they shall no longer say, ‘As the Lord lives who brought up the children of Israel from the land of Egypt,’ but, ‘As the Lord lives who brought up and led the descendants of the house of Israel from the north country and from all the countries where I had driven them.’ And they shall dwell in their own land.” Jeremiah 23:7-8, NKJV

Many Christians have concluded that the Jewish people and the modern state of Israel play no role in the fulfillment of Bible prophecy. God’s dealings with the children of Israel involve His faithfulness more than their faithfulness. We should carefully examine God’s promises concerning the Jewish people on the basis of who made those promises, not on whether or not the recipients deserve them.

No one deserves the mercy and grace of God, but He extends them to His children anyway. God keeps His covenant and mercy for a thousand generations with those who love Him and keep His commandments. He remembers His covenant forever. (Deut. 7:9, Ps 105:8). He made many promises to the Jewish people, some of which have yet to come to pass.

The Lord in the Midst of His People as They Return

A year or so ago, I was reading Psalms 114 and 77 when I saw in a deeper way, the Presence and Power of God in His deliverance of the children of Israel.

“When Israel went out of Egypt, the house of Jacob from a people of strange language, Judah became His sanctuary, and Israel His dominion. The sea saw it and fled; Jordan turned back. The mountains skipped like rams, the little hills like lambs. What ails you, O sea, that you fled? O Jordan, that you turned back? O mountains, that you skipped like rams? O little hills, like lambs? Tremble, O earth, at the presence of the Lord, at the presence of the God of Jacob, who turned the rock into a pool of water, the flint into a fountain of waters.” Ps 114:1-8

The Red Sea trembled and fled, the Jordan turned back, the waters saw the Lord and they were afraid, the depths also trembled! The Lord was in the midst of His people as they came out of Egypt chased by the formidable Egyptian army. Moses said to the people, “Do not be afraid. Stand still, and see the salvation of the Lord, which He will accomplish for you today. For the Egyptians whom you see today, you shall see again no more forever”. (Ex. 14:13). The Lord went before them by day in a pillar of cloud to lead the way, and by night in a pillar of fire to give them light, in order to journey by day and night. 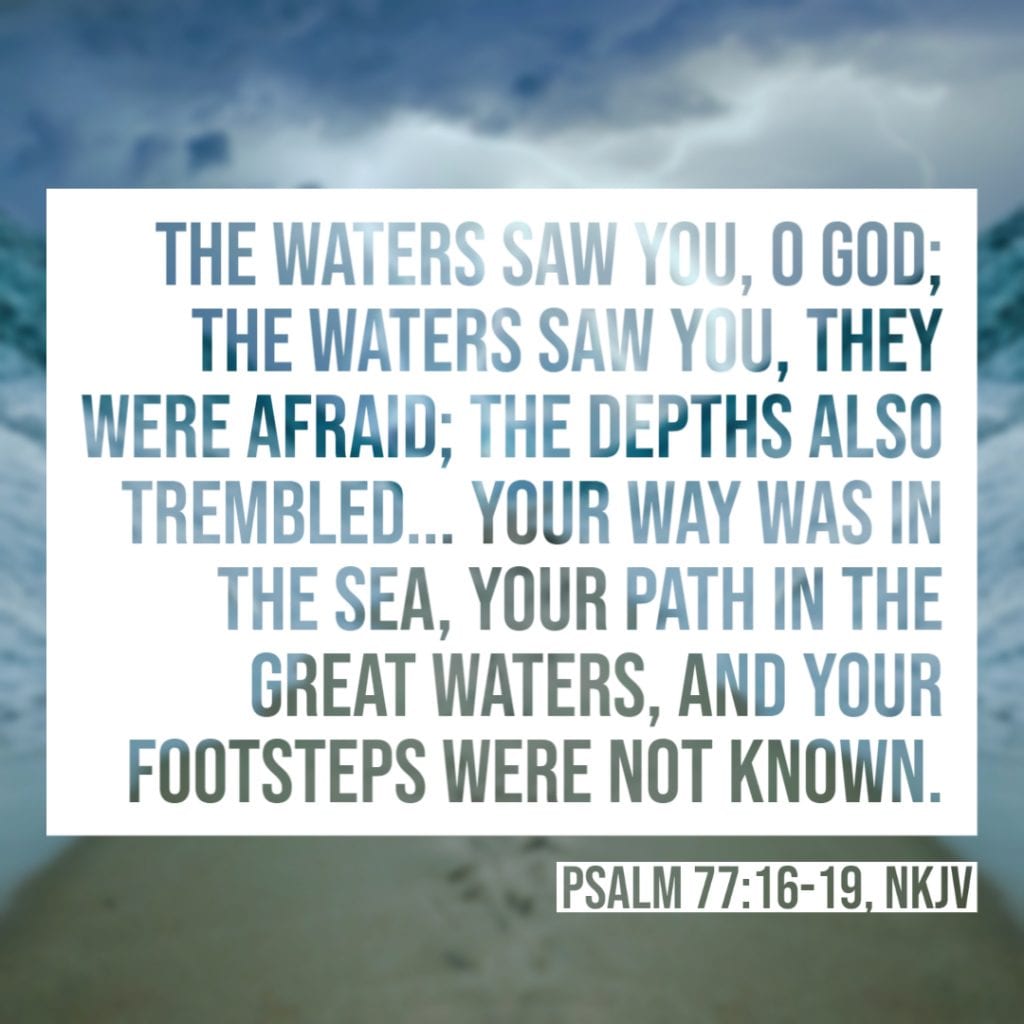 It is evident from the prophetic scriptures that the last great exodus of the Jewish people from the nations will eclipse the first exodus from Egypt in magnitude and in greater miraculous signs and wonders. Already some 6 million Jewish people have returned from the nations since Israel became a modern state in May 1948. There are still some 8 million in the nations. Aliyah remains a constantly flowing stream and is gaining momentum since the beginning of this year with the onset of COVID-19 and increasing antisemitism in the nations, which is expected to trigger the release of many hunters “… and afterwards I will send for many hunters, and they will hunt them from every mountain and every hill and from the clefts of the rocks” (Jer. 16:16).

As with the first exodus from Egypt, the Lord will be in the midst of His people as they return from the nations in the last great Aliyah. He will go before them and He will be their rear guard. We can confidently expect to see signs, wonders, miracles, and every means of transportation and provision which the Lord will richly supply.

Understanding the Last Days in the Light of Prophesy

Undoubtedly, we live in the end times and it is vitally important for us as God’s people to know how to order our lives rightly as we see the unfolding of His plan. It is crucial, in understanding the last days, to immerse our lives in God’s purpose. Every revelation we receive must be in alignment with the Word of God. We know that the Holy Spirit is the Author of the Scripture through chosen men who were inspired by God. (2 Tim. 3:16). 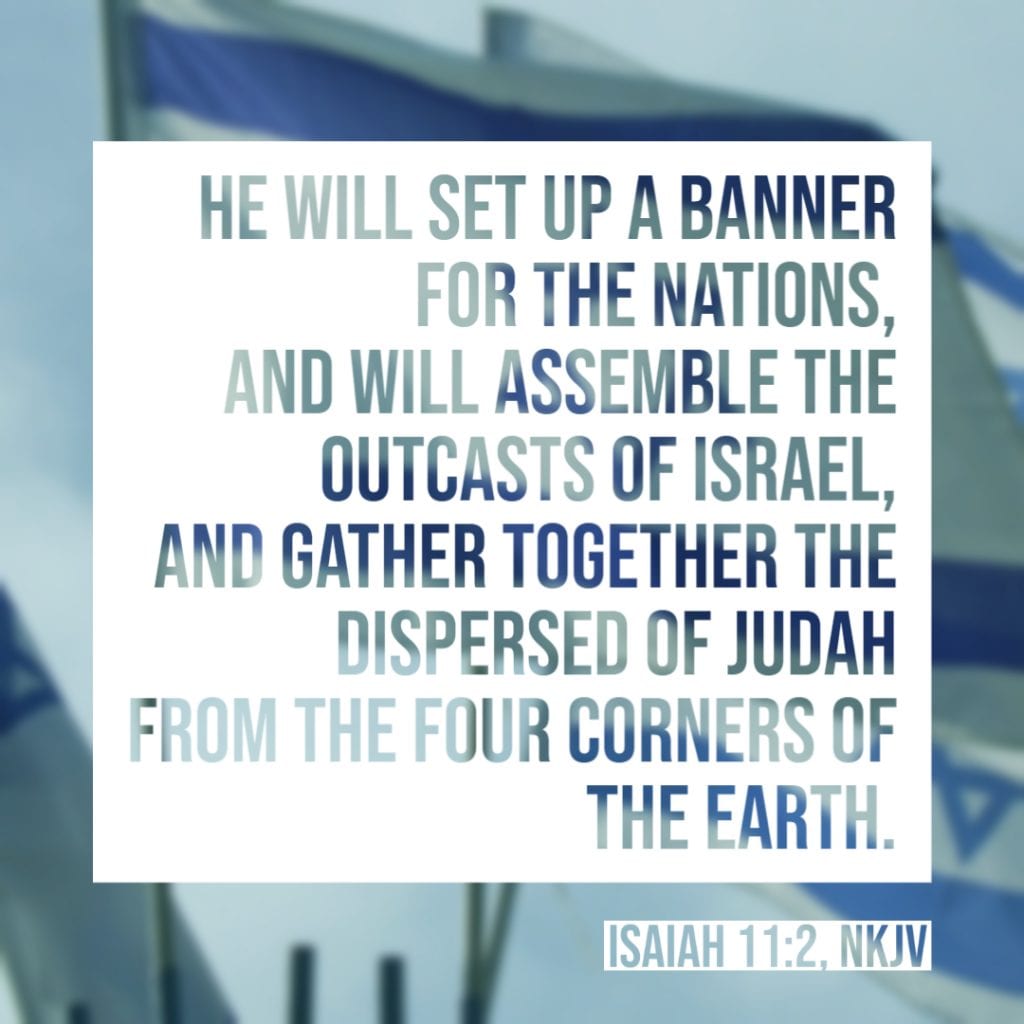 The prophets of Israel were people of insight and foresight, by the Holy Spirit. They knew the terms of the Mosaic covenant with Israel, and that violation of that covenant would lead to judgment and Israel’s scattering. The prophets actually lived through periods of devastation and yet, they saw and spoke of Israel’s future restoration to the land of Israel and to God Himself. They looked forward to an age in which the purpose of God would be fulfilled concerning their land. They foresaw a time in which God’s glory would cover the earth as the waters cover the sea. (Isa 11:9).

Isaiah prophesied: “He will set up a banner for the nations, and will assemble the outcasts of Israel, and gather together the dispersed of Judah from the four corners of the earth.” (Isa. 11:12). The prophet foresaw Israel’s restoration to the land, bringing about the establishment of God’s Kingdom, His law, and justice over all the earth.

The heart of God, spoken through the prophets, is that Israel, His firstborn nation was chosen to bring the whole world to the knowledge of God. The veil will be removed from all nations and the Kingdom will come in fullness.

Excerpt from “Prophecy and the End Times – Israel & the Nations” by Daniel Ioannides, L’HITAMEK 7th Edition, 2020

The Deep Roar of Compassion 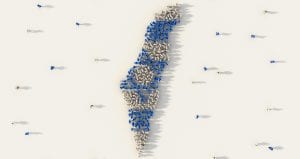 The Revelation of Aliyah 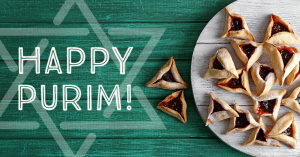